Finding your theory of change: How to combine business success with genuine&nbspimpact 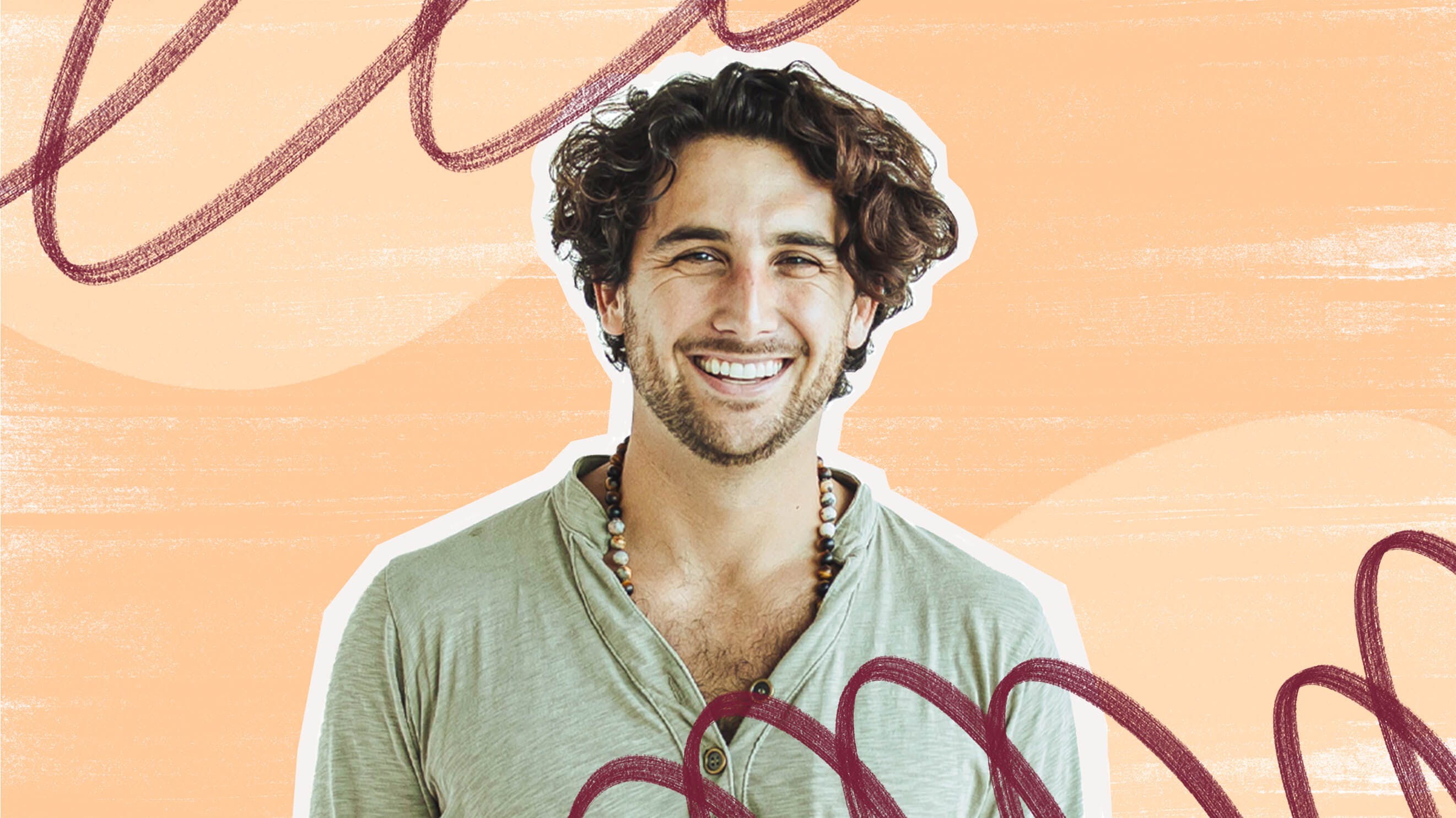 David Sudolsky, founder and CEO of Boldr, advises on incorporating social impact into your business model and prioritizing both profit and&nbsppurpose.

“If I was to die today, would I be proud of the work we're doing?”

For David Sudolsky, this was no abstract question. In 2016 his best friend, mentor, and business partner, Jeff Bauer, died suddenly at the age of 39. David was only 26 at the time, struggling with grief and a new perspective on the business he was in. He needed to find a different path.

After growing up in California, David founded his first company in the Philippines after a short work trip to the country led to a long-term stay. That first company, a traditional business process outsourcing organization (BPO), was really focused on generating returns for its owners, David said — and it was successful.

Several years in, though, the business was facing significant employee retention and culture challenges. Increasingly uncomfortable with the inequality and lack of resources he was seeing in the community around him, David began planning a shift to a more community-focused approach in his work.

Jeff’s unexpected death disrupted those plans, but the subsequent period of grief and contemplation ultimately led to the creation of a new company: Boldr. The business was founded in 2017, and it is now one of only a small handful of BPOs worldwide that is a certified B Corporation.

Like many other BPOs, Boldr provides outsourced staff in developing and emerging economies like the Philippines, Mexico, and South Africa — but the goal for the business has always been to balance profitability with a positive impact on the communities in which it operates. In the early years, exactly what that impact should be and how it would be achieved was frustratingly vague.

“We were exploring and testing what worked when it came to impact and whether that would be raising funds for community outreach efforts or relief efforts, or donations to communities supporting children living on the street,” David said. “We tried it all.“

Those early efforts were all valuable contributions to the local communities, but they weren’t always clearly tied to Boldr’s core business. David and his team wanted to more meaningfully connect Boldr’s growth and success with the company’s impact on the outside world, and making that connection would take plenty of deep thought, planning, and hard work.

David spoke with the In the Works team about what came from this period of research and discovery — and shared key advice for other founders who want to incorporate impact into their business models, too.

Theory of change as a tool for&nbspimpact

The Boldr leadership team members were searching for a way to link the economic success of their company to their social impact, and they found their answer in the theory of change model.

Simply put, a theory of change is the process of thinking through and writing down how a program is supposed to work, who will benefit, how they will benefit, and what is required for success. In essence, a business works backward from the long-term impact they wish to create in order to understand what steps they should take now.

In comparison to a scattershot approach of trying any activity that may be useful, a theory of change clarifies the specific outcomes desired, as well as the set of plans and actions most likely to create those outcomes.

In developing its theory of change to link economic success to social impact, Boldr settled on three “impact pillars” that it hypothesized would make the largest, most sustainable impact in the communities in which it operates:

With this theory of change in place, Boldr creates new employment opportunities as it grows, which can then be filled by locals who have already been trained up on the skills needed to be successful. Those people, now earning living wages, are able to better support their families and improve their communities.

On the ground, the impact is already visible. A digital training hub in the Philippine city of Tacloban teaches basic digital skills to hundreds of young people, most of whom do not have access to technology or connectivity at home. In Cape Town, South Africa, Boldr partnered with Shadow Careers to support BPO client training, as well as additional Boldr training, to 20 unemployed youth. After five months, 17 of those 20 young people have been placed in full-time employment.

Alongside the measurable impact on the ground, David and his team reached another milestone in the company’s theory of change journey last November by becoming a certified B Corp. Maintaining B Corp status requires the business to consistently achieve real social results, which means measuring their impact over time. The three impact pillars provide Boldr with highly visible outcomes to measure: the number of disadvantaged people trained, the number of people employed, the duration of employment, and the wages of those employed.

At Boldr, every day is about maintaining the momentum of their impact activities while also bringing in new clients and doing the work that feeds the engine of the business. David described that effort as a seesaw, in that they need to continually pay attention to both sides or it will stop moving altogether.

There was no greater test of the company’s ability to maintain the equal momentum of that seesaw than the arrival of Covid-19. Boldr’s leadership team scrambled to reconfigure their entire company from in-office to fully remote within a week in order to prepare for potential lockdowns. That effort enabled them to keep their teams employed and to maintain service for their clients while they planned for further contingencies. The work paid off, as Boldr grew significantly in 2020 and 2021 in terms of both company size and revenue.

Today, Boldr is making good progress on its key impact pillars — though results are uneven, as each location has a different set of infrastructure, skills, challenges, and opportunities. Their work requires an adaptive approach.

The path is never easy — or straightforward — for founders looking to combine sustainable business success with genuine impact, but here are three strategies you can employ to improve your chance of long-term success.

1. Define your values as a&nbspteam.

David brought his personal values into the company, but he found it was critical to co-create Boldr’s values with early leaders. That process aligned everyone on the type of culture and business they wished to build.

2. Tie your theory of change into your&nbspbusiness.

If you have defined a mission and developed a theory of change to determine how you will make your desired impact, you must integrate the theory of change deeply into the business — or risk it becoming an afterthought. Make sure that the actions required by your theory of change will also help drive your business engine. In Boldr’s case, training underprivileged locals helps individuals and communities, but it also builds a skilled potential workforce to help the company deliver for their clients.

3. Make measuring your impact a core&nbspactivity.

In addition to typical business reporting like sales growth, revenue, and NPS, success measures for your company should include explicit impact metrics. This is another way of ensuring your impact mission is always top of mind to business growth, rather than secondary.

Be sure to include all stakeholders when you report on your theory of change and impact progress — including board members, if you have them, to keep yourself accountable.

Learn how the B Corp Certification process works, and determine your first steps.

The Center for Theory of Change is a nonprofit that educates and promotes best practices for those developing and implementing a theory of change.

Demystifying the Theory of Change Process provides a useful set of questions to consider in developing your own theory of change.

Mainstreaming the practice of impact management is helpful in measuring the way your theory of change will create impact.

Consider how your work may help achieve the United Nations Sustainable Development Goals.

Help Scout’s platform is easy to start and built to scale as your business grows. 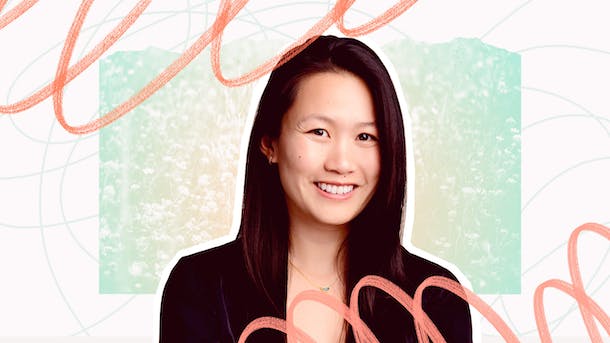 Grow › In the Weeds

In the Weeds with a board expert: How to build your board with intention 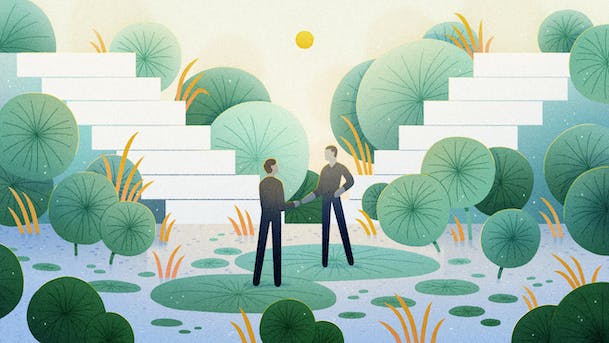 In it together: How to build a healthy co-founder relationship that lasts 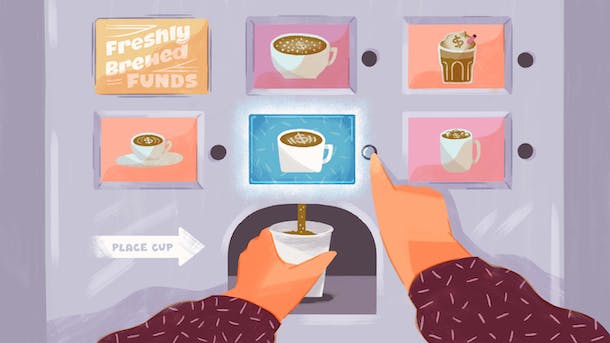 Five funding options for founders: Choosing the right path for your business