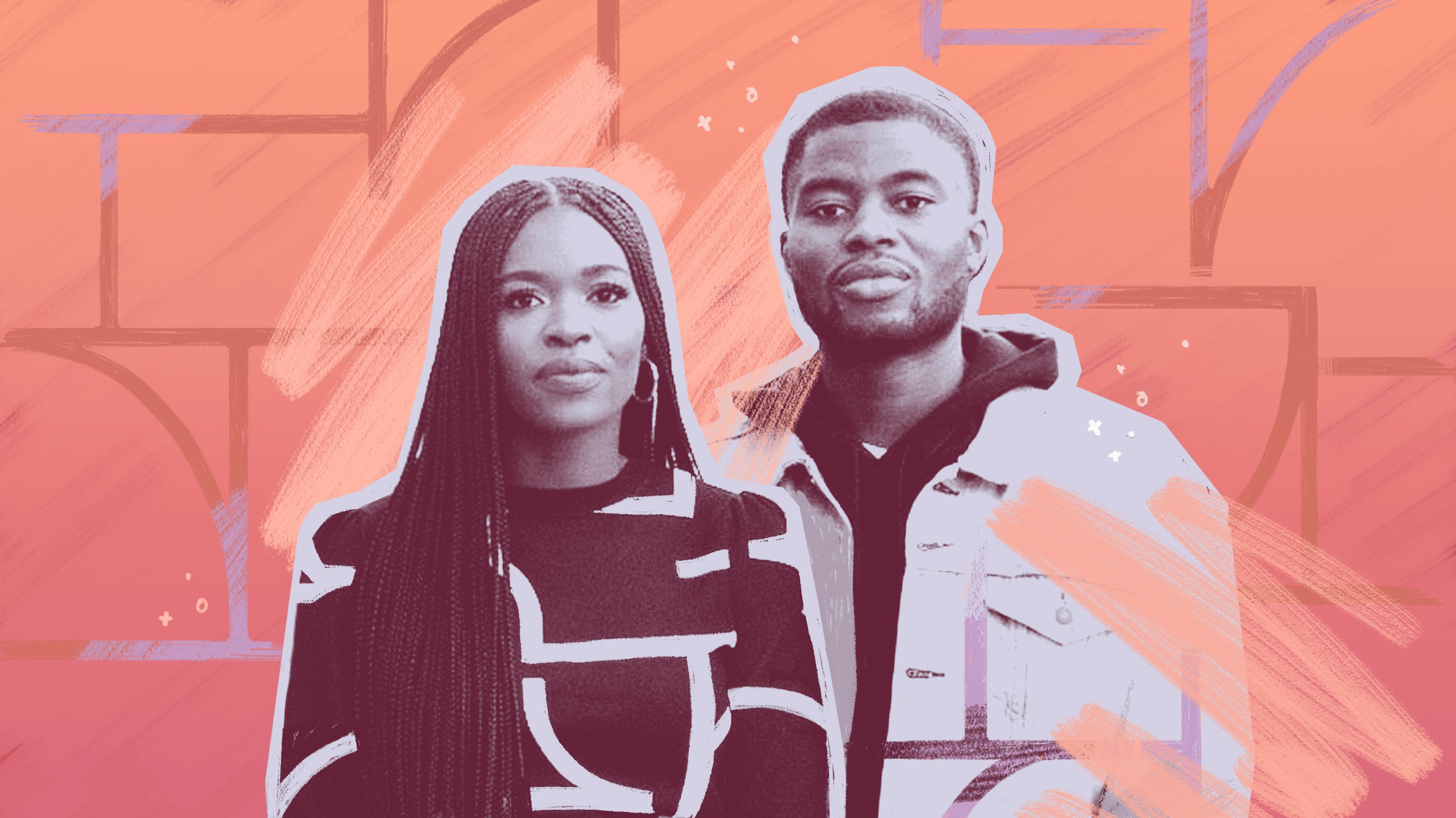 After questioning their own belonging in U.S. workplaces, Chezie co-founders Dumebi and Toby Egbuna are building a community where underrepresented professionals and inclusive employers can connect and&nbspthrive.

It’s crucial for underrepresented job seekers to understand the experience of working with their particular intersection of identities at a prospective employer. It can be a major deciding factor when it comes to applying for — and ultimately accepting — a new position.

The problem is, gaining that understanding before starting a new role hasn’t been easy, or even possible, until now. With Chezie, siblings and co-founders Dumebi and Toby Egbuna are building a community and platform that’s sorely needed: one that empowers historically marginalized candidates to make career decisions while also helping companies improve their diversity and inclusion.

“There really is no meaningful way for minorities to learn about the minority experience at a prospective company before they apply,” said Dumebi Egbuna, who serves as CMO of Chezie. “So we thought, why don’t we create a platform where people can share their experiences and gain that insight?”

Chezie aims to remove the guesswork from the hiring process for candidates of color, LGBTQ+ people, women, veterans, and those with disabilities. They’ve created a space where diverse professionals can share and learn from real stories, connect with inclusive employers, and ultimately find workplaces where they are appreciated, valued, and given opportunities for growth.

A business inspired by personal&nbspexperience

The Egbuna siblings are first-generation immigrants, relocating from their native Nigeria to Winston-Salem, North Carolina when they were two and four years old. Growing up in the U.S., Dumebi said she was often “the only.”

“I had gone to primarily white institutions for school, and was used to being the only Black woman in classrooms and internships,” she said. But during the summer before her senior year at Emory University, Dumebi landed an internship at IBM’s digital sales office in Atlanta, GA, which proved inspiring and reassuring in equal measure. “That experience was really great. I was in an office full of other Black women — people who looked like me. It was diverse in that office, and it was what drew me to working at IBM.”

After her studies, IBM offered Dumebi a lucrative outside sales job. “When I took the full-time position and ended up in a more outside, client-facing role, I was back in the position of being the only Black woman on my team. I didn’t see a lot of representation. I wasn’t seeing Black women in leadership. So I started to really question my growth potential in that role.”

Dumebi’s experience was by no means exceptional: As McKinsey stated in their report on Black labor in the U.S. private sector, Black workers are underrepresented in both the highest-paying industries and the highest-growth geographies. To boot, employees of color are less likely to be promoted to leadership and executive positions.

Dumebi shared these challenges with her older brother Toby, who had a bit more experience under his belt as a management consultant at Accenture. They often vented about their shared experiences, like not being able to gauge the diversity, equity, and inclusion (DEI) efforts of a team before stepping into a new role — or not seeing representation among senior leadership, which led them to question their own belonging.

Those honest chats between siblings resulted in Dyversifi, the earliest version of their business. 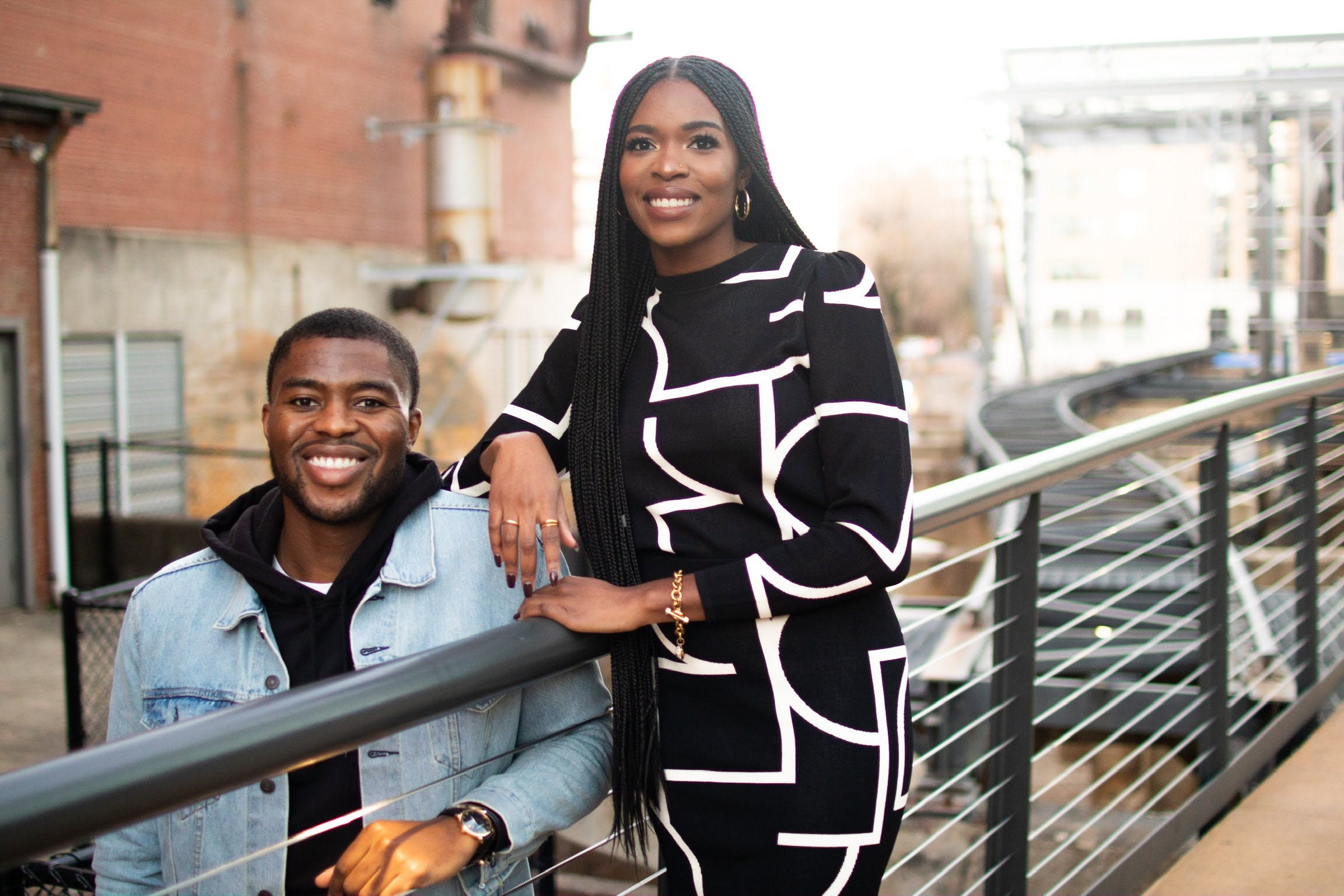 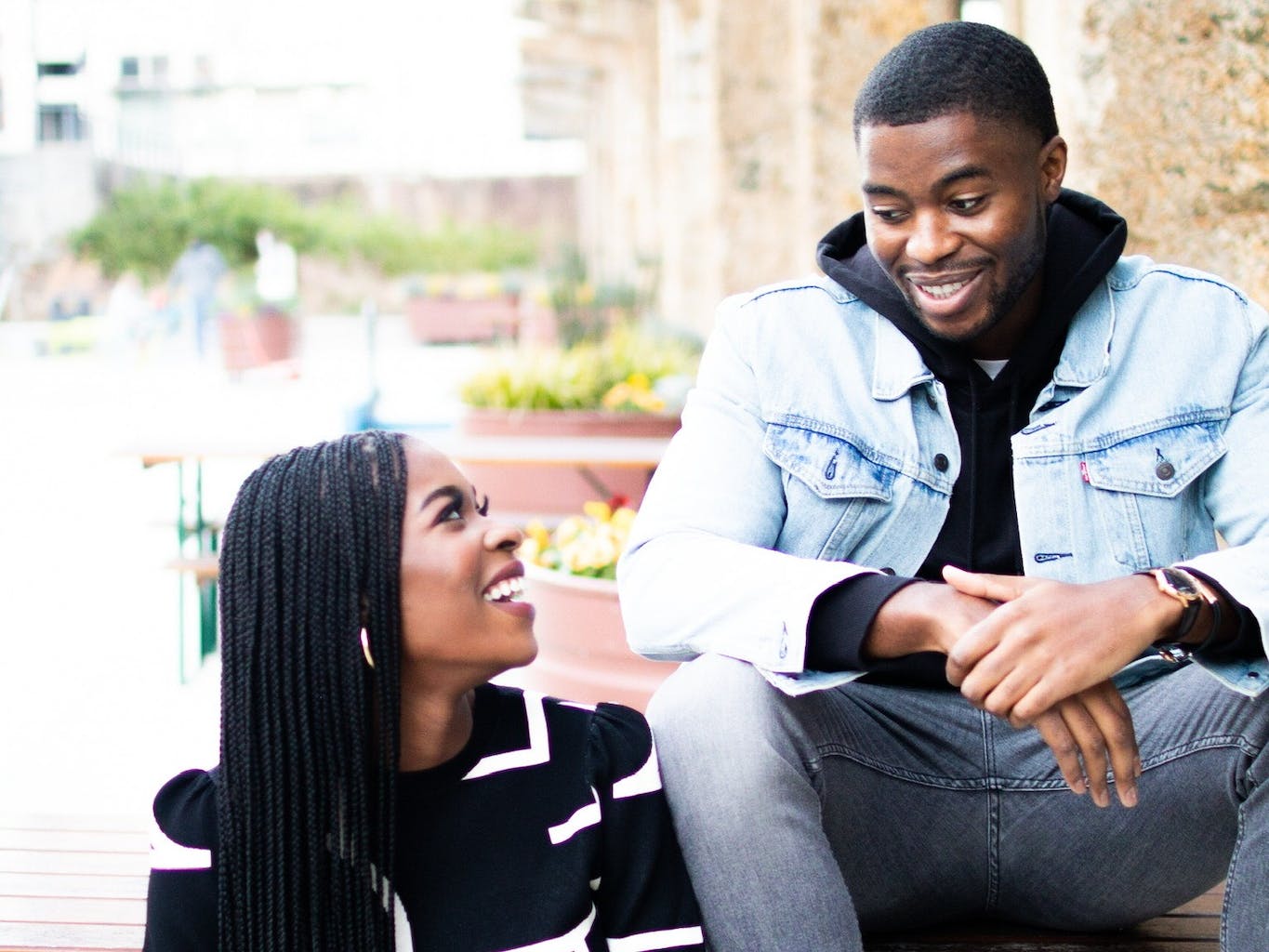 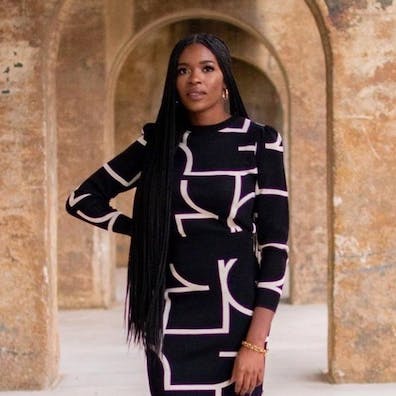 Between those initial conversations and today, the Egbunas’ business model has undergone a handful of strategic shifts. Originally, the siblings aimed to create the “Glassdoor for minorities” with Dyversifi. Then, to break away from the newly-crowded diversity recruitment space, Dyversifi shifted to building DEI software so companies could track, manage, and better their DEI initiatives as they would any other business objective.

But in June 2020, realizing the need to work incrementally toward their greater future vision, they scaled down and rebranded as Chezie — a platform where underrepresented job seekers can safely discuss their lived experiences at different workplaces, along with connecting with employers on a mission to make their companies as inclusive as possible.

With the current iteration of the product, the siblings are leaning into Chezie’s core differentiator: its community and stories-based approach.

The updated name, Chezie, is a meaningful homage to the Egbunas’ Nigerian roots: It’s the Igbo word for “reflect.” Handily, it also doubles as a mantra for Toby and Dumebi as they continue to learn and iterate on their offering.

In response to the police murders of George Floyd, Breonna Taylor, and countless other Black Americans, a huge swath of U.S. companies released statements regarding their internal commitments to DEI and their desires to improve the experiences of their applicants and employees of color. To ensure these statements aren’t hollow, though, much work needs to be done. That’s where a platform like Chezie comes in, Dumebi said. It helps companies be proactive in their approach to inclusion, rather than performative.

“Just because you’re bringing in diverse talent doesn’t mean they’re going to stay there,” Dumebi explained. “Especially when you don’t have the programs and structures in place to retain them.”

Hone’s State of DEI Report found that 83% of companies have diversity tracking in place when it comes to hiring initiatives — which is a good start, but the same level of commitment needs to be extended to post-hire initiatives if the experience of underrepresented employees is to be improved in any real, meaningful way.

An intersectional approach to DEI — that is, recognizing how gender identity, race, disability, religion, sexual orientation, economic background, and migrant status can all overlap — is baked into the philosophy and structure of Chezie’s platform, which enables candidates to select across identities, rather than pick one.

“A lot of companies, when they think about diversity, think only about racial diversity or gender diversity. But there are so many other nuances,” Dumebi tells us. “Looking at individuals on a more holistic basis and having non-generic, more nuanced DEI programs is huge.”

Moving away from one-size-fits-all DEI initiatives is essential for companies on their path to becoming truly equitable, and the inclusive safe space created by Chezie’s platform is a giant step in the right direction.

Gaining confidence and traction with a few early&nbspwins

For the Egbunas, it’s taken “a lot of f*cking work,” as Dumebi put it, to get Chezie where it is today. But that hard work, along with an undeniably valuable product, has captured the attention of influential people and companies.

In May of this year, Toby won a $50,000 grant from NPR’s “How I Built This” Fellowship Program after presenting Chezie’s business plan to a panel of judges that included NPR’s Guy Raz along with founders and CEOs of popular brands like method, ClassPass, Jeni’s Splendid Ice Creams, and Walker & Company.

"He embodies the values and spirit of the “How I Built This” community and we were all so impressed with his potential to become one of the truly great entrepreneurs of our time," Raz said of Toby.

Building a product from scratch is no easy feat. Not only did the Egbunas design and develop a user-friendly platform, but they also had to overcome the additional challenge of growing a two-sided marketplace composed of professionals and employers. Luckily, there’s a high demand for what the siblings have created, from underrepresented applicants and inclusion-minded companies alike.

It’s not only employers and pitch competition judges who are recognizing Chezie’s value, though: It’s also over 1,400 professionals who’ve signed up to the platform so far. And, between them, the Chezie members have written thousands of stories that can help other users prioritize inclusive workplaces in their job searches. 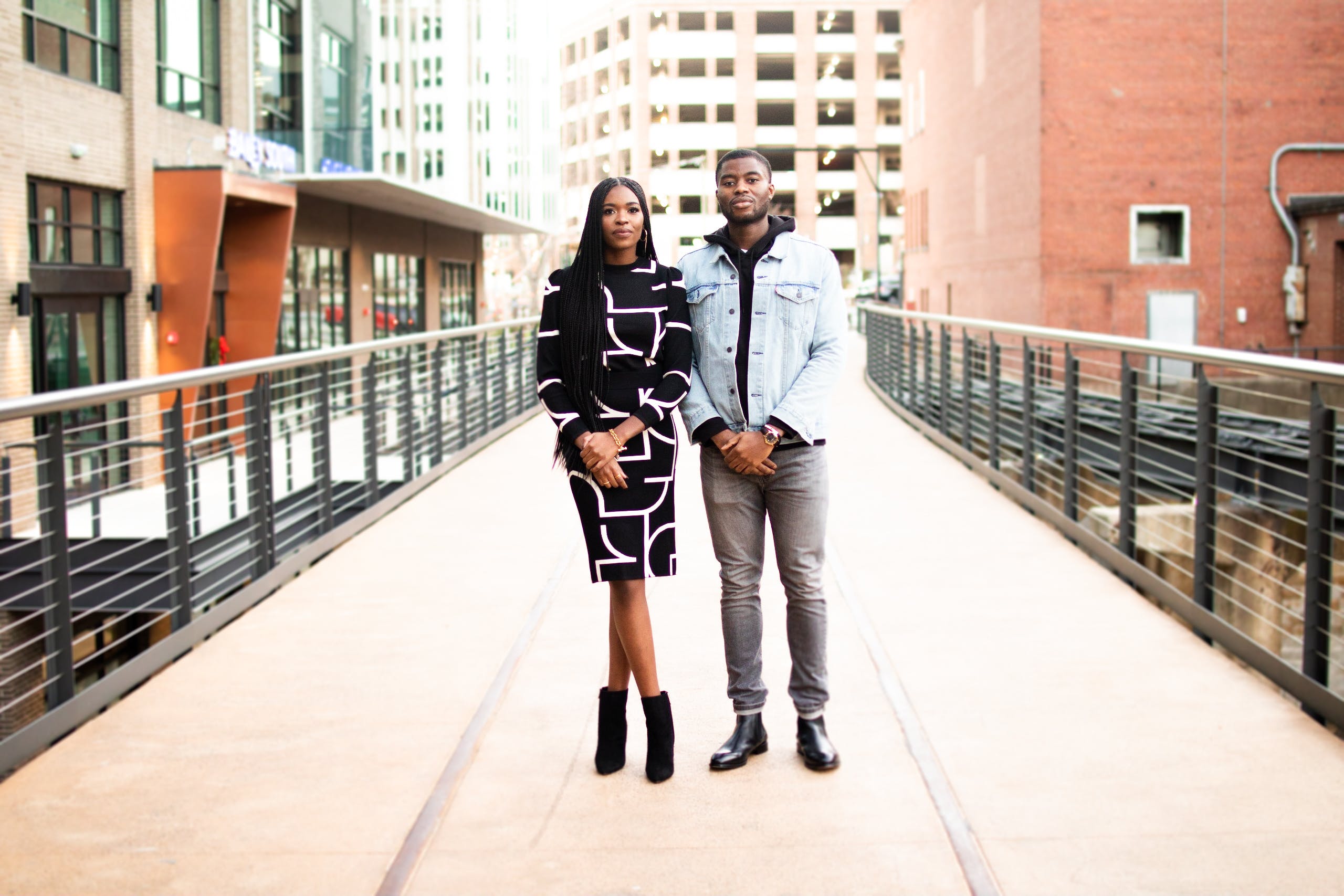 Focusing in on the vision for Chezie’s&nbspfuture

To meet Chezie’s near-term goals, the siblings started out by growing the Black professional user base, as well as getting Black employee resource groups (ERGs) from Atlanta-based companies onto the platform.

“We were trying to start small with Black ERGs in the Atlanta area, to have a focus group that we can go back to. Then companies can keep adding on the different ERGs they have for other affinity groups,” said Dumebi. More ERGs on the Chezie platform means more direct interaction for job seekers and a stronger understanding of prospective companies’ DEI efforts.

The Egbuna siblings haven’t lost sight of breaking into the software market in the long term, with a recently-added Chezie for Employers offering that helps companies manage and measure the impact of their ERGs.

As Dumebi explained, “ERGs are a growing diversity initiative, but they’re under-resourced and not really tracked well. The sole benefit of an ERG is to create a sense of community for marginalized groups within a company, and I think having a method and space to track and measure ERGs can only make them better.”

When implemented and sustained correctly, ERGs double as a supportive space for employees and a means for companies to improve common employee issues that stem from marginalization, such as retention, growth opportunities, and belonging.

To help them get Chezie to where they want it to be, the Egbuna duo has been growing the community of people rallying behind their mission. Other entrepreneurs, in addition to Dumebi and Toby’s close-knit circle of friends, have lent their time, support, and wisdom. When the siblings have questions about what they want to build and improve, their community is always willing to jump on a call to discuss their experiences and features they’d like to see, and later, to try new features themselves as beta testers.

Other founders are similarly willing to hop on the phone with the siblings. “I was very surprised by how nice people are,” Dumebi said.

For the Egbunas, growing a business in the DEI space and raising capital as founders of color has, unsurprisingly, been full of ups and downs from the start. But fueled by a community of support and their own resilience, they’ve continued to push forward. As a result, the path to growth ahead is clearer now than it ever has been.

“It’s frustrating, building from scratch, so be prepared to fail. But also know that eventually, something will stick. Keep going,” Dumebi said in a message to other founders at the start of their entrepreneurial journey. “If you can believe in your product, company, service — whatever you’re offering — before you pitch it, you’re halfway there.”

And even if people don’t initially appreciate or understand what you’re doing, you’ll find your people sooner or later. Dumebi said confidently, “If someone doesn’t get it, someone else will.” 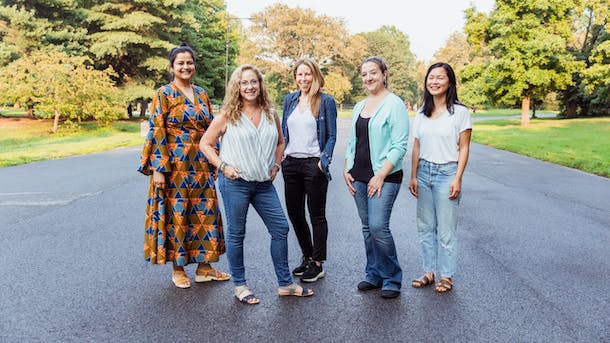 For women founders and funders, there's power in community 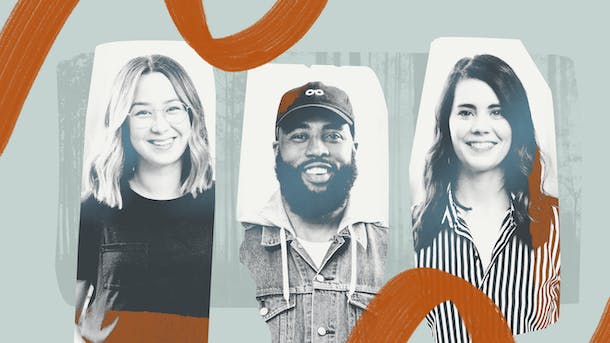 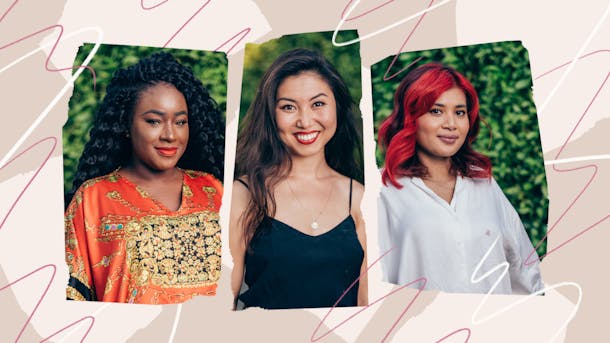